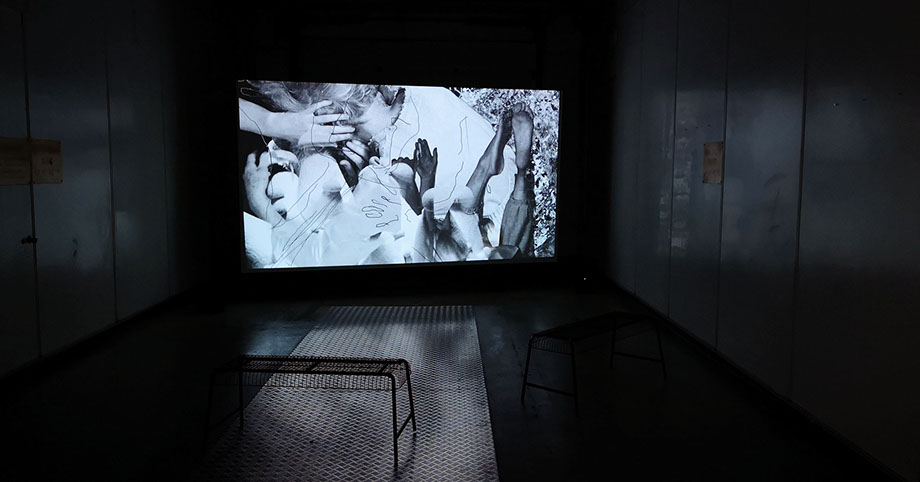 The work is availabe on-line and installed in the space:

For visits please book an appointment 11-15 wed-fri by emailing post@shewill.no (due to covid-19 we reduce number of visitors and do not have an opening).

Salvage Rhythms is part of a series of works which use live performance, film, text and collage to explore what we as humans can learn about new-world-building from observing the multispecies entanglements we are a part of. Specifically, how the other critters, organisms and intelligences we share this planet with come together in hidden, surprising and dynamic ways to form networks and create ways of surviving in increasingly damaged landscapes (for example how trees of the same species send messages to one another via networks of mycorrhizal fungi, enabling them to warn of potential danger or share nutrients; or how the matsutake mushroom thrives in forests disturbed by human activity). This research is influenced by the writings of Anna Tsing (specifically The Mushroom at the End of the World and Arts of Living on a Damaged Planet), Mel Y Chen (Animacies) and Donna Haraway (Staying With The Trouble).

Salvage Rhythms is a single channel video loop emerging after a performance of the same title. Layers of performed movement collage with found and original footage and animation to create what becomes a digital ‘compost’. Bodies intertwine and interact, scrape the digital surface, brush layers away and dig through the screen. We see footage of moss, mould, fungi, worms and microscopic organisms blend with digital animation that recalls the score drawings from the performance rehearsals. The sound score was composed by musician Roly Porter and takes salvaged samples from the performance audio and recycles them into a new composition specifically for the film

Additional camera by Alisa Boanta. Costumes in collaboration with HAIK.

Salvage Rhythms was commissioned by Somerset House Studios and supported by the Adonyeva Foundation.

Sam Williams is an artist working across video, live performance and collage. His work explores the connections between the cinematic and the somatic and the relationships between site, body and archive. His research is focused on how we can look at multispecies entanglements, mycelial networks, ecological systems and folk mythologies to produce ideas for present and future ways of non-human-centric living. He graduated from the Royal College of Art and is a current resident at Somerset House Studios, London. 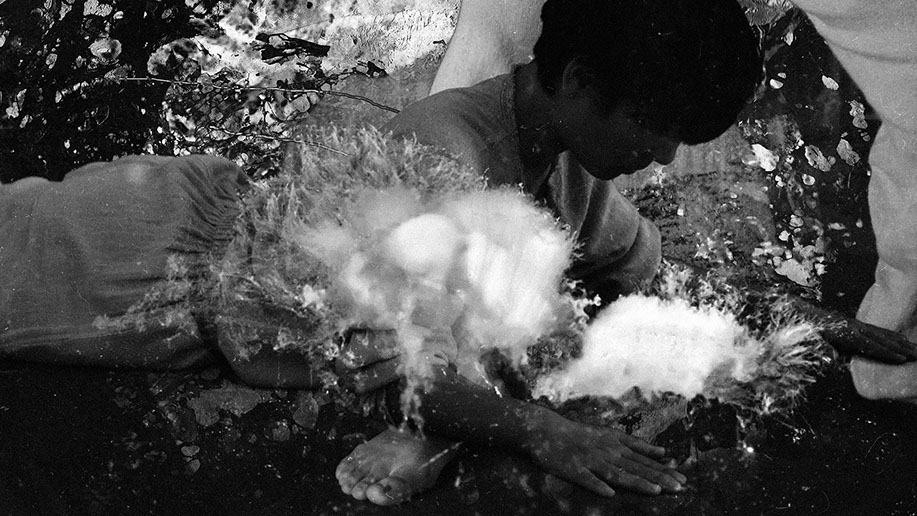